Be a responsible dog owner

Controlling your dog in public

Controlling your dog in public

It’s against the law to let a dog be dangerously out of control anywhere, such as:

The law applies to all dogs. Your dog is considered dangerously out of control if it:

A court could also decide that your dog is dangerously out of control if either of the following apply:

You can get an unlimited fine or be sent to prison for up to six months (or both) if your dog is dangerously out of control. You may not be allowed to own a dog in the future and your dog may be destroyed, if you:

If a dog is dangerously out of control, call Bedfordshire Police on 101.If it is an emergency, call 999

In the UK, it’s against the law to own certain types of dog. These are the: 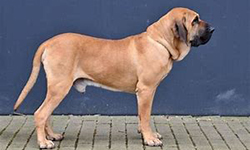 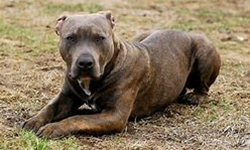 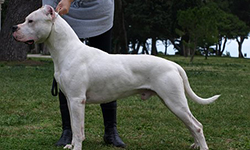 Whether your dog is a banned type depends on what it looks like, rather than its breed or name.

Example: If your dog matches many of the characteristics of a Pit Bull Terrier, it may be a banned type. The government website provides further information on Banned dogs.

From 6 April 2016 the owners of any dog(s) found by the police or local authority that is not microchipped will have the benefits explained to them and be given a short period to comply with the microchipping law. If they do not, they could face a fine of up to £500.

This is a small chip, about the size of a grain of rice. It is inserted just under the skin between shoulder blades. It's a very simple and painless process. Our dog wardens are all qualified to microchip dogs.

Your dog’s microchip is given a number, which will show up whenever your dog is scanned. The professional who microchips your dog will also take your contact details. These details are kept alongside the microchip number on a database, so that your dog can be returned to you if it’s lost or stolen.

These details must be kept up to date. For example, if you move house you must ensure that your address is changed.

Open all
How much does it cost?

What happens if my dog is lost?

If your dog is lost, you should contact the dog warden service, local police and/or Appledown Kennels on 01525 220383 as soon as you realise your dog is missing.

All reasonable steps will be taken to contact the owner should they not be at home when called. If the owner is not found, the dog will be taken to a holding kennel where it will be kept for a period of 7 days. The owner will be able to claim their dog back within the 7 day period having paid a statutory fee of £25 plus any other costs incurred in providing kennelling facilities.

How do I register my dog?

How can I pay?

Payment for microchipping is made at the time by cash only.

How do I notify you of changes to my record?

Please notify the dog wardens via the dog warden service on 01582 510330. If your dog has been microchipped it is the owners responsibility to contact petlog.

You should ask for proof a microchip has been fitted before buying a dog. You can ask to see any of the following as proof:

You may also be able to see microchip information in the dog’s pet insurance papers. You must also make sure the microchip details are updated once you have bought the dog.