Prevent is a government strategy said to be aimed at stopping people being drawn into terrorism.

The vast majority of people need no convincing that terrorism is wrong and want to see it prevented.

The purpose of Prevent is to enlist the support of people in our country to reach the much smaller minority who may be drawn into terrorism, often through extremist views.

The Prevent strategy has three main objectives:
Ideology to respond to the ideological challenge of terrorism and of those extremist views conducive to it.
Individuals to prevent vulnerable people from being drawn into terrorism by developing and expanding programmes to identify who they are, and then to provide them with community-based support.
Institutions to work within the wide range of sectors and institutions where the ideology, the ideologues and vulnerable people come together, and where there are either risks of radicalisation or opportunities to prevent it - or both. That means education, health, faith, charities, prisons and probation, and the internet.
Channel
One of the main elements of our Prevent work is a programme called Channel, whereby people who are assessed as being vulnerable to supporting violent extremism are provided with multi-agency support.
Channel has been operating successfully in Luton for around five years, and covers all forms of extremism. The support that is offered is tailored for each case, and could consist, among other methods, of any of the following:

People who are referred to Channel are not criminals, but may be at risk of committing an offence if not supported.

To give an example of how Channel works, a school may have concerns about a pupil who they feel is at risk of influence from an extremist group or individual. They would contact the Channel coordinator for advice and support, who in turn makes an assessment and may refer the pupil to the Channel panel if they were found to be at risk.

Within Luton, the Channel panel is a multi-agency group, chaired by the council. The panel would then offer any number of support options to safeguard the individual.

Click here for our FAQs - challenging some common misunderstandings about Prevent.

ACT Early
If you are worried that someone you know is being radicalised, visit ACT Early

Luton Women's Network Against Violence & Extremism
Luton's women are joining together to voice their opposition to violence, extremism, injustice and oppression whether  in family, community and society.

FAST - Families Against Stress & Trauma
FAST provides support to many in need, including one-to-one discussions, group sessions, or meetings with other trained professionals, including psychologists.

Home Office
Works with local authorities, a wide range of government departments, and community organisations to deliver the Prevent strategy. 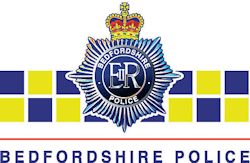 Bedfordshire Police
The police play a significant role in Prevent, in much the same way as they do when taking a preventative approach to other crimes.
Prevent covers all forms of terrorism, including far right extremism and some aspects of non-violent extremism. However, Prevent prioritises its work according to the risks faced.
OTHER LINKS
​​
Luton Women's Network Against Violence & Extremism
FAQs - challenging some common misunderstandings about Prevent
Inspire
FAST - Families Against Stress and Trauma
© 2021 Luton Council, Town Hall, Luton LU1 2BQ